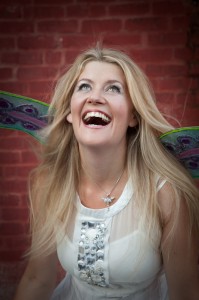 Originally from Galway, Ireland, Katie McD moved to Boston where she studied voice at Berklee College of Music and established herself as part of the Boston music scene. Her journey to America provided inspiration while the supportive community helped Katie become a standout in the Boston songwriter community.

Katie’s debut CD “I Know You Know” was released in 2005 by Passion Records and described by Steve Morse of the Boston Globe as “very pretty, soul-affecting acoustic music.”

“I Know You Know” has been played on 180 college stations nationwide. She appeared in the R.I.Y.L charts in January 2005 listing the top 1500 artists in America.

In her second CD release “Angel Baby,” Katie McD has created a work of art that showcases her musical abilities as a singer/songwriter. Produced by Kieran Kennedy of the Irish group Black Velvet Band, the CD interlaces luscious textures with ethereal vocals and thought-provoking lyrics that capture both imagination and heart. As a truly gifted troubadour, Katie weaves together intricate tales of the human experience that make her an Irish talent to be reckoned with.

Katie McD has performed at Symphony Hall, The United Nations Consulate Ball, and the Guinness Fleadh. In addition to working on her own projects, she wrote and performed music for Marina Carr’s Irish play The Bog of Cats and for Lindsay Pinchbeck’s Stories of the Fairy Folk. She also worked on the soundtrack to Director Stephen Croke’s movie, The Busker.